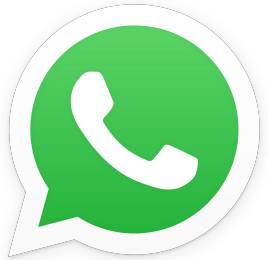 Sign up here for our daily coronavirus newsletter on what you need to know, and subscribe to our Covid-19 podcast for the latest news and analysis.

Nonsensical sayings that accompanied the videos were a kind of code – a requirement that Premier Inc., the prospective buyers, insisted on to ensure authenticity.

“It seems ridiculous,” said Soumi Saha, a senior director at Premier, which buys medical supplies for more than 4,000 U.S. hospitals and health systems. “But we’d have to ask folks at the manufacturing facilities to say ridiculous statements that you wouldn’t say in conversation to know that the videos are legitimate – not scams.”

Hospitals from New York to Seattle have watched supplies of personal protective equipment evaporate. Last month, Premier learned that some of its hospital clients treating Covid-19 patients had only three days’ worth of respirator supplies left. Sensing a looming disaster, Premier dove headfirst into a fast-growing, often chaotic market for protective masks that has sprung up in China. The nation that saw the first outbreak of the new coronavirus last December is now the epicenter of a global gold rush for the equipment to protect people from it – including the much-needed respirators Premier was seeking.

But working with Chinese manufacturers and intermediaries comes with its own set of risks. The market has quickly become overrun with profiteering middlemen, bidding wars, skyrocketing prices and concerns about the goods’ quality. Until recently, guidance from U.S. government agencies was inconsistent on whether China’s version of respirators, called KN95s, are suitable for use amid the pandemic. So buyers, like Premier, are taking unusual measures to sift through what’s real and what’s not.

Prices vary widely in the spot market for the Chinese-made respirators. Bloomberg found a large buyer for governments who cited $2.50 a mask, while others who bought through intermediaries put the cost as high as $12 apiece – 20 times more than normal. Those figures don’t include air freight or other logistics costs.

Given the challenges, Premier’s move to lock up Chinese supplies last month represented a calculated risk. Some American hospitals are reluctant to depend on China’s products, but they may have little choice: As of February, a registry of medical device companies maintained by the U.S. Food and Drug Administration listed only 40 or so respirator products. Since then the list has grown to more than 1,300 – with about 90% of the new products tied to suppliers with addresses in China.

Among the first casualties of Covid-19 were China’s global suppliers. The government froze exports of some medical equipment to satisfy domestic demand as Chinese deaths climbed.

“Xi Jinping said this is the number one problem for China,” said Renaud Anjoran, chief executive of Sofeast Ltd., a China-based supply chain consulting firm. “We need an army of PPE makers.”

An army is what the Chinese president got. Manufacturers of everything from toys and tennis shoes, to electronics and lingerie began churning out respirators, surgical masks, rubber gloves and more to cash in on surging global demand.

Even small manufacturers, with as few as 50 people, set up workshops or added production lines, often aided by government-backed loans and reduced registration requirements, Anjoran said.

Some new factories have struggled to meet quality standards. Last month, the Dutch government recalled 600,000 defective Chinese masks, Spain scrapped nearly 60,000 Chinese testing kits that had a high failure rate, and Slovakia’s Prime Minister Igor Matovic complained that a shipment of more than 1 million Covid-19 testing kits from China was so ineffective it should “be thrown straight into the Danube.”

China has attempted to crack down on sub-par suppliers, counterfeiters and unscrupulous middlemen, said Biju Mohan, vice president of consulting at GEP, a global supply-chain software and services firm in Clark, New Jersey. The government has investigated more than 1,000 recent cases of companies making fake or unreliable equipment and seized nearly 50 million face masks, he said. On Friday, government officials announced a plan for China’s customs agency to inspect every shipment of medical respirators, medical protective clothing and other equipment before export. That move led to reports of delayed shipments.

Well before then, in March, Premier executives decided they needed to tap China’s market. “It was settling in that we needed to buckle down,” said Michael Moloney, the firm’s president of direct sourcing.

That meant navigating a number of challenges – including contradictory messages from U.S. officials regarding the safety of Chinese-made products.

Demand was especially acute for the molded, tightly-fitting surgical respirators that strap around the back of the head. Distinct from the papery, bluish-white masks that health-care workers also use, these respirators are called N95s for their ability to filter out 95% of particles sized at 0.3 microns, including virus-laden droplets from coughs and sneezes.

As the virus hit the U.S., American makers of N95s – including 3M Co., Honeywell International Inc. and Kimberly-Clark Corp. – were unable to meet the demand. 3M recently began cranking up U.S. production to 50 million respirators per month, but executives say demand for the products “is much higher than the industries’ ability to deliver.”

China’s KN95 respirators are similar in design and function to N95s, but there’s a key distinction: The U.S. FDA does not formally approve the Chinese-regulated version for use.

By the middle of March, as American doctors and nurses faced the prospect of treating infected patients without adequate protective masks, the U.S. Centers for Disease Control and Prevention told hospitals that medical-grade respirators made and regulated in other countries would be “suitable alternatives” when supplies were running short. That March 17 guidance included Chinese-made KN95s.

Seven days later, the FDA issued its own order allowing the use of respirators from other countries that have standards similar to the U.S., including Australia, Brazil, Japan and Mexico.

China was not on the agency’s list. At the time, the agency cited concerns over the authenticity of Chinese products. “We can’t ensure the performance and quality of individual shipments,” Anand Shah, the FDA’s deputy commissioner for medical and scientific affairs, said in an interview. But Shah said the agency wasn’t taking measures to turn away KN95s imported into the U.S.

“It’s easy to counterfeit KN95s,” said Cathy Denning, the senior vice president of sourcing operations at Vizient Inc., a drug-and-supplies purchasing group that does business with half of U.S. hospitals. “If a hospital chooses to buy a cargo-load product from China, they must take on this risk.”

Premier’s top executives in Charlotte, North Carolina, had watched as hospitals began ordering N95 respirators at a scale 17 times greater than usual, said Moloney, who’s responsible for fielding and filling supply orders for U.S. hospitals. Publicly traded Premier is one of the largest health-care group purchasing organizations in the U.S., accounting for more than $61 billion in purchasing volume.

After striking out on finding enough FDA-approved, medical-grade N95s, Premier mobilized its Asia-based employees to locate alternative manufacturers. Instead of newer Chinese factories — the cosmetics and toy-makers turned nascent mask mavens — Premier sifted through dozens of sites that had previously made medical facial guards.

In normal times, Premier’s vetting process for new manufacturers involves months of due diligence. Last month, for KN95 purchases, it threw out that playbook in favor of quicker methods. A first step was reviewing videos from factories, with the requisite code words.

If a factory passed that test, Premier would send employees for in-person visits. Once on site, they inspected KN95s at various stages of production, and scrutinized the manufacturer’s own quality testing. Premier rejected some goods and discontinued talks with some mask-makers outright. But if a factory looked OK, the buying firm would oversee the final packaging process, and green-light a deal.

By late March, the firm settled on seven Chinese manufacturers, which are shipping as many as 3 million respirators to the U.S. each week initially. “It could be more than that moving forward,” Moloney said. “We’re leaving no stone unturned, looking at any opportunity to bring as much product as needed.”

Premier’s quick search for suppliers in the absence of clear regulatory guidance gave the company a head start that may have helped it avoid increasing chaos in the market.

On April 3, given the enormity of the mismatch between supply and demand, the FDA issued new guidance, saying China’s KN95 respirators could be imported and used after all, at least temporarily under a so-called emergency-use authorization that set out a menu of standards for the equipment.

While that brought some clarity, China remains a difficult market for conducting adequate due diligence. It’s not uncommon for Chinese manufacturers to issue fake documents extolling their bona fides, or to use pseudonyms, said Anjoran, the supply-chain consultant.

The FDA’s public registry of mask suppliers may be contributing to the confusion. To appear on it, all a company has to do is submit some paperwork electronically, pay an annual fee of $5,236 and then list its products.

Anjoran said a client recently asked him to call every Chinese company on the FDA’s registry. At the time, there were about 700. “The craziest thing is, about 30% of them, you ring the phone and they don’t even pick up,” he said.

Anne Miller, co-founder of CrossCut Partners, a health-care strategy and consulting firm, said she worries that some sellers are misrepresenting their products by claiming to have FDA approval because they’re listed in the database. The FDA’s website makes clear that a listing doesn’t constitute any stamp of approval.

Any such unfounded claim “contributes to the misunderstanding about what’s really real or not,” said Miller, who’s also the sourcing lead at Project N95, a nonprofit clearinghouse that matches health-care providers with PPE.

Premier’s search for respirators culminated on an unusually warm Sunday morning in April. Moloney woke up at his home in Charlotte, and refreshed the flight tracker on his mobile phone more than a hundred times. It was nine days after Premier had secured a respirator production line in China, and the first air-shipment was due in Chicago.

“I was on pins and needles,” Moloney recalled. “We ship 2,500 containers a year of medical supplies to this country, but this one was different.”

In Chicago, after clearing U.S. Customs, the Chinese-made supplies were divided up and placed on trucks headed for Premier’s two primary distribution centers in Charlotte and Riverside, California. There, workers re-packed the goods onto another fleet of trucks. These smaller vehicles drove through the night to make deliveries, Moloney said. “Two hours can make all the difference,” he said.

When he heard that the cargo had made its way to emergency rooms across the U.S., Moloney breathed a sigh of relief. “But then it was onto the next one,” he said.